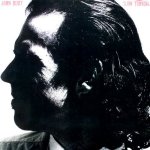 John Hiatt had been known as a singer /songwriter for sometime when he broke thru to more mass recognition with his eight album, 1987’s ‘Bring The Faith.” But it was “Slow Turning” that broke him into a star.

The album feature the Goners as his backup band. The Goners were led by slide guitarist great Sonny Landreth.

This entry was posted on July 11, 2010 by Larry Carta. It was filed under Americana, Rock + Roll, Swampy and was tagged with Goners, John Hiatt, Slow Turning, Sonny Landreth.