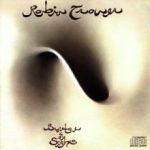 Today’s Cool Album Of The Day (#155 in the Series) is Robin Trower, Bridge of Sighs.

It contained many of the songs that people to this day consider the highlights to his catalog.

The title cut, Bridge of Sighs and Day of the Eagle top that list. However, do not overlook Too Rolling Stoned.  That was a rock radio standard as well.

Robin Trower toured recorded and toured as a three piece back in this era.  His bassist/vocalist was James Dewar.  Reg Isidore was on drums.

Bridge of Sighs reached #7 on the Billboard Albums Charts.  It actually stayed in the Top 200 for 31 weeks.

It was produced by Matthew Fisher.  You know Matthew Fisher for creating the wonderful organ sound on Procol Harem’s 1967 hit, Whiter Shade of Pale. 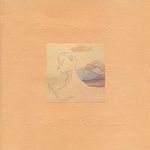 Today’s Cool Album of the Day (#152 in the Series) is Joni Mitchell, Court and Spark.

Court and Spark was the album that took Joni Mitchell from a pretty darn good selling artist to a star. It was a monster album.

It reached #2 on the Billboard Album charts but had long time staying power on rock radio. It fit in perfectly with the singer/songwriter period which was very hot in 1974.

Sure this was three or four years after she had written Woodstock, but it’s Court and Spark more often than not when people think Joni Mitchell.

This album contains songs such as Help Me, Free Man in Paris, Car on a Hill, Raised on Robbery and the fun, Twisted.

As you know, I always like to say who played on an album. Especially when I have names to type such as Tom Scott, Davis Crosby, Graham Nash, Larry Carlton, Robbie Robertson, Jose Feliciano and even …Cheech Marin and Tommy Chong!

They all appeared on the album.

Court and Spark was produced by Joni Mitchell.

Rolling Stone Magazine called it the 111th Best Album on their All-Time Top 500.

Heartsfield “The Wonder of it All” 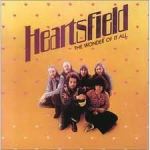 Today’s Cool Album of the Day (A Milestone! #100 in The Series…hold the applause please, thank you, thank you.) is Heartsfield, “The Wonder Of It All.”

Today we are going to celebrate the music of Heartsfield.

Well anyone that knows me knew that a Heartsfield album was coming sooner or later. I decided awhile back to make it entry #100.

Heartsfield was one of, if not the main reason for my love of music and for me making a career in music for what were many years and coming from many different angles. The members remain some of my closest friends for well over 30 some years now. They’ve been a major influence to much of the music I did, and still listen too now.

I’m sure everyone expected me to feature the first album from 1973. Considered ‘the classic,’ and an important piece of music that helped continue the beginnings of the country-rock sound.

That would be too predictable. So I decided to feature the fourth album, ‘Collector’s Item,’ the 1977 release that via Columbia Records.

But, I then remembered that that album did not contain anything written by J.C. Hartsfield, so I looked elsewhere.

“The Wonder Of It All” is a great representation of the ‘Heartsfield sound.’ The title track that starts the disc is actually a full length version of a previous version that ended the first album. It’s a lovely ballad written and sang by J.C. It features a great instrumental middle section that actually led to a write up in the jazz magazine, ‘Down Beat.’

Song two is Perry Jordan’s ‘House of Living,’ a lively harmonious track that more times than not was a show opener.

‘Pass Me By’ is Phil Lucafo. Phil usually writes the rockers. He slowed it down here.

‘Shine On’ was written by guitarist/vocalist Freddie Dobbs and drummer Artie Baldacci. I’ve heard many people refer to this as the best piece of music that Heartsfield every created. You could say that about a number of tracks. You wouldn’t be wrong if you said it about this one. Artie adds some sweet mellotron too.

‘I’ve Just Fallen’ was the only track in which Artie Baldacci sang lead.

If ‘Shine On’ isn’t the best track, then Perry’s ‘Racin’ the Sun’ just might be! What starts as a ballad turns into a wonderfully stretched out, two guitar playoff between ‘Freddie and Phil.’

We end our journey in Mississippi with J.C.’s ‘Lafayette County.’ A straight forward country fiddle tune that puts a bow on the package nicely!

Filling out the band was Greg ‘Ziggy’ Biela on bass / vocals.

Terrible cover, but a cool album!!! I spent hours playing this LP, 8-Track, Cassette, CD or Mp3 over the years. I ain’t stoppin’ now!!! 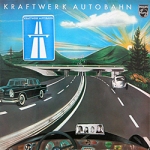 Today’s Cool Album of the Day is Kraftwerk, “Autobahn.”

Another one of those classic albums that side one was the title track and nothing else.

Hailing from Germany, Kraftwerk “Autobahn” was mainly a synthesizer album.

It did include a bit of flute, guitar and violin but not that much.

The title track was 22 minutes in length. A chopped up three minute version was released as a single and actually made it to #25 on the Billboard charts in the States.

Did you ever have this album?